Ralph Hasenhuttl’s side moved 10 points clear of the relegation zone with eight games left after a dramatic fightback at St Mary’s.

But Southampton hit back impressively as Stuart Armstrong and Danny Ings scored before half-time.

Saints midfielder Redmond bagged the second-half winner that gave his team much-needed breathing space in the fight to avoid relegation to the Championship.

After only their second league win in 13 games, FA Cup semi-finalists Southampton are three points above Burnley, who sit seven points ahead of third-bottom Fulham.

Fulham could close the gap if they win at Aston Villa later on Sunday.

Burnley edged in front in the 12th minute when Kyle Walker-Peters’ challenge on Erik Pieters led VAR to tell referee Andre Marriner to watch the incident on a pitch-side monitor.

Southampton halved the deficit in the 31st minute when Scotland midfielder Armstrong fired into the bottom corner after Ings flicked a James Ward-Prowse pass into his path.

And the hosts were level four minutes before the break courtesy of Ings, who was back in action after a month on the sidelines with a leg injury.

Ings seized on a mistake by Mee to race on to Walker-Peters’ ball forward and cut inside James Tarkowski to slot through the legs of Burnley keeper Nick Pope.

Southampton completed their thrilling comeback in the 66th minute as Redmond volleyed in Walcott’s cross. 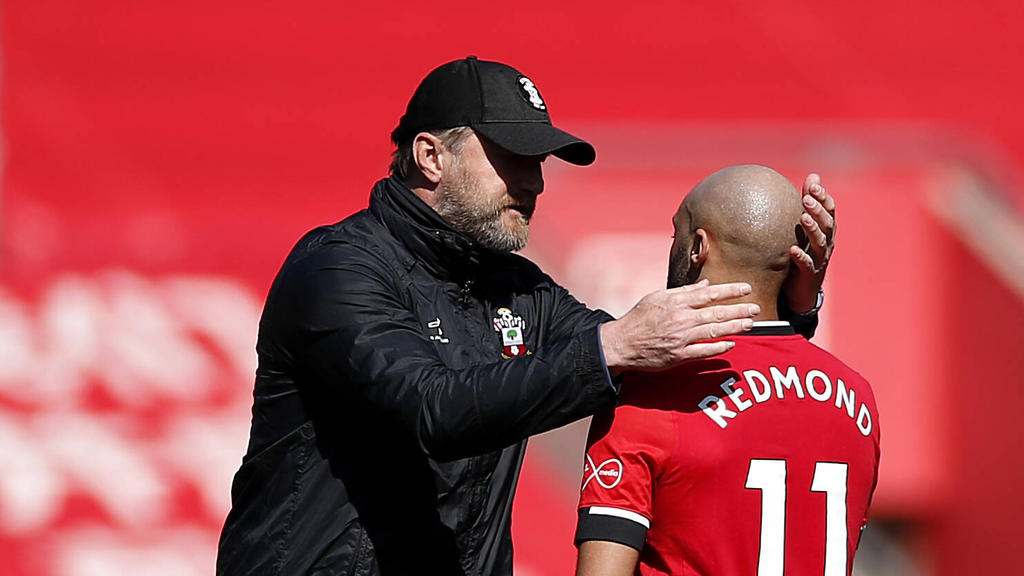 Premier League changes would not ‘kill the golden goose’