Pep Guardiola on Friday credited Jurgen Klopp with making him a better manager before this weekend’s top-of-the-table Premier League clash between Liverpool and Manchester City at Anfield.

The two head coaches have won the last four Premier League trophies, with City claiming three, and a fierce rivalry has developed between the clubs.

Manchester City fended off Liverpool’s 2018/19 title challenge despite the Reds amassing 97 points — a title-winning total in all but one previous Premier League season.

Guardiola and Klopp were also dugout rivals in Germany’s Bundesliga between 2013 and 2015 as the Spaniard’s Bayern Munich dominated at the expense of Klopp’s Borussia Dortmund.

The rivalry is set to continue on Sunday as table-topping Liverpool host second-placed City, who are only one point behind.

“That is the reason why I am still in this business. Some managers — and Jurgen is one of them — challenge you to make a step forward.”

Klopp’s Liverpool have been tough to beat at Anfield, with the Reds going 68 league games without defeat at home between April 2017 and January 2021.

Manchester City’s 4-1 win at Anfield last season was their first victory on Liverpool turf in 18 years and has been attributed to the game being played behind closed doors due to the coronavirus pandemic.

But Guardiola insisted his team was relishing a vibrant Anfield and that any hostile atmosphere would not prevent his team from playing their game.

“I am very pleased Anfield is full again. We can enjoy a fantastic atmosphere and hopefully we can handle it,” he added.

“I am sure the players enjoy (more) to play with fans in Anfield than without. Everything is more alive, more difficult.”

Left-back Oleksandr Zinchenko and midfielder Ilkay Gundogan will be missing from Guardiola’s squad on Sunday and will not be available until after October’s international break. 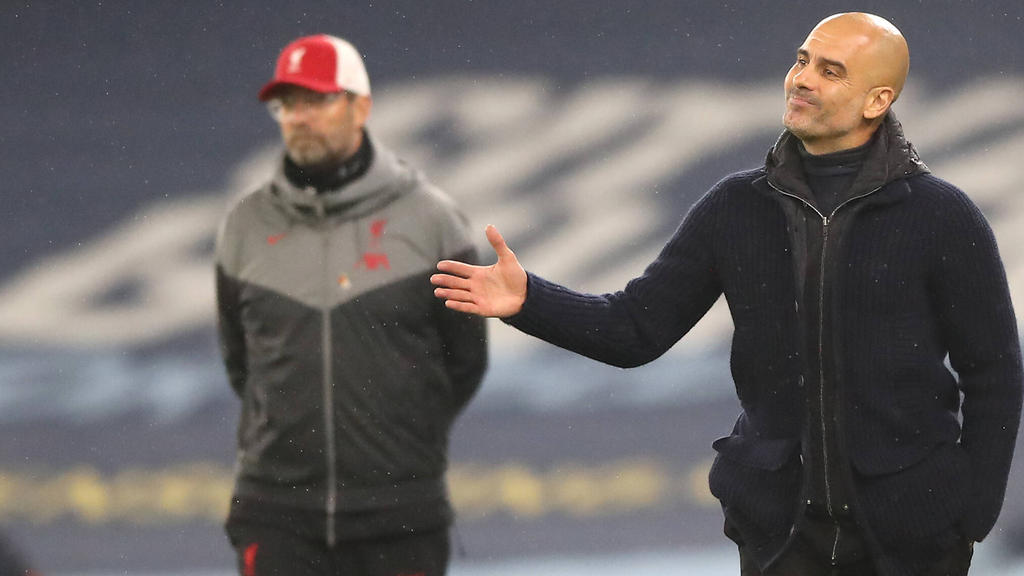 Premier League on alert after return to emergency Covid measures