Kevin De Bruyne has been ruled out of Manchester City’s clash with Everton and next week’s Champions League showdown against Paris Saint-Germain after testing positive for coronavirus, manager Pep Guardiola said on Friday.

The City boss said De Bruyne was isolating for 10 days after receiving the positive test during the recent international break.

After facing Everton in domestic action, City, who are three points behind Premier League leaders Chelsea, host PSG in a crucial fixture on Wednesday.

City are one point above second-placed PSG in Group A with two games left as they look to seal a place in the last 16.

“Kevin got positive from Covid. He will be 10 days isolated,” Guardiola said on Friday. “Two days ago, he told me that he was positive. He is here (in Manchester).

“Forget about the fitness, the momentum, he has to recover well. The human being is more important than anything else.”

It is the latest blow for De Bruyne, who has struggled to reach peak form for City this season.

He was hauled off after an hour of City’s defeat against Crystal Palace in October and started on the bench for the following game against Club Brugge.

De Bruyne scored in Belgium’s 1-1 draw against Wales in Cardiff this week and also played in the earlier victory over Estonia that sealed their place in next year’s World Cup.

Guardiola revealed the 30-year-old had been vaccinated and said he was more concerned about ensuring his star avoids a serious bout of the virus than his absence from the team.

“Right now people are dying in this pandemic. He was vaccinated so is more protected and hopefully the symptoms will be minor,” Guardiola said.

“He will come back as soon as possible. There is no concern about the rhythm or what we are going to miss. We have to help him.”

De Bruyne’s Covid test was not the only fitness blow for the Premier League champions ahead of Everton’s visit to the Etihad Stadium.

Guardiola said City forward Jack Grealish is also likely to miss out with the knock that forced him to withdraw from the England squad before Monday’s World Cup qualifier in San Marino.

In addition to Grealish’s injury, City playmaker Phil Foden’s availability for the Everton game is uncertain after he also suffered a leg problem on England duty. 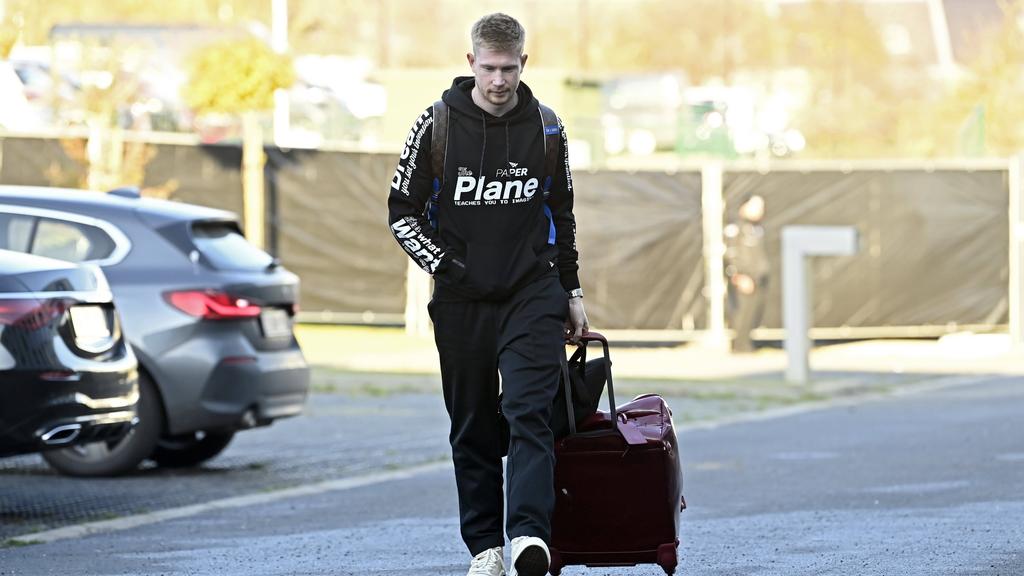